It’s hard to argue that a home built around the turn of the century is charming. Tall windows, high ceilings, 10 or 15’ baseboards, worn wooden floors and ornate banisters all conjure up something that is more warm and inviting for most people than homes we find today in modern subdivisions. In terms of real estate, there are potential pros and cons from poor energy efficiency on one hand to knowing what has stood the test of time on the other. But what about impact on real estate values?

Up at Blue Mountain, Intrawest did an outstanding job of “placemaking” by recreating the feeling of an Old

Ontario Village in what was once just an empty field. But in our area, both Collingwood and Meaford have the real thing; true 19th century downtowns. Both have Heritage Conservation Districts as well as having other individual homes and buildings that are designated as heritage properties. One notable fact is that the Town of Collingwood was the first municipality in Canada to have a Heritage Conservation District included on the prestigious list of Canada’s Historic Places.

One of the main criticisms I hear about a heritage designation is the myth that it will reduce the value of a property. The reality is that studies have shown that heritage properties increase in value at the same rate as non-designated properties. The Flatiron building located where Front, Wellington and Church streets meet in Toronto can charge the same rent as Triple A buildings nearby. It is also cool to be there.

Another well- known study was completed during the 1990s by Dr. Robert Shipley of the University of Waterloo. He examined the effect of heritage designation on property values in Ontario by investigating over 2,700 properties designated under the Ontario Heritage Act in 24 communities over a 20-year period. The Architectural Conservancy of Ontario (ACO) summarizes Dr. Shipley’s findings including the following:

In Collingwood, a quick peak at sales statistics show that, on average in the past 6 months, properties located in the central core (like this one)  where most heritage homes are found, have sold faster (sometimes up to 20% quicker) than their counterparts in other areas of town with sale prices about 1% higher versus their list prices, when compared to other areas of town.

There are other benefits to owning a heritage home:

So if your heart strings are pulling you toward ownership of a heritage designated home, have confidence that your investment is likely well placed. Do You Own an Historically Significant or Ol...

Feb 25, 2018
Are you one of the folks who’ve purchased a charming older home in Collingwood this year or do you hope to in the f ...
Continue reading 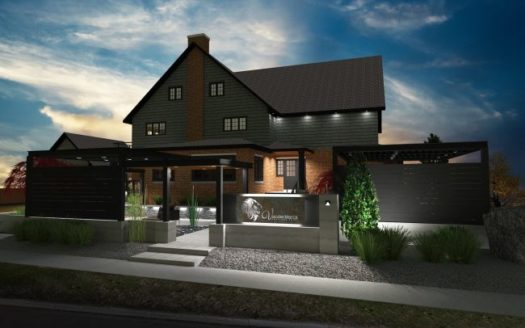 Jan 30, 2018
I’ve really been struggling to write this blog post for you.  On one hand, it’s important to share  what’s happenin ...
Continue reading Sep 02, 2015
If you’ve driven up Sixth Street lately in Collingwood, you can’t help but have noticed new signage wrapping the fo ...
Continue reading
Some Nice Welcome Message
Sign into your account
Create an account
Reset Password
Register here! Forgot password? Back to login Back to login