People ask this question all the time and really, it is very challenging to answer how much the market has gone up or down at any given time.  Statistics are a tricky thing as there are too many ways to interpret them.  But I’ve noticed something interesting.

Our real estate board reports 12-month average sale prices.  Averages are not the same as a median price.  With a small sampling, the numbers can swing up or down significantly based on a few really low or a few really high sales.  They are however an indicator over time.  Using that information only, I can see that the 12-month average sale price for a property sold in Collingwood went from $366,634 in July 2015 to $408, 904 last month; an increase of 11.5%.

A better indication is when you can take the same house that has sold once in each year to measure the difference and I’ve noted two in Collingwood.  One house that sold exactly a year ago for $321,000 just resold for $387,500; an increase of 20%.  I found another one that sold in 2014 for $339,000 and just resold for $438,000; an increase of 30%. Both homes were in subdivisions and less than 15 years old. Given these, I would think it’s reasonable to say that values have climbed in these types of neighbourhoods in Collingwood by 15-20% a year for the past two years.  That’s pretty significant to know as an investor.

Given these, I would think it’s reasonable to say that values have climbed in these types of neighbourhoods in Collingwood by 15-20% a year for the past two years.  That’s pretty significant to know as an investor.

Our market includes several communities and the picture is much the same in other areas but Collingwood leads the pack in price increases.  That’s good to know if you are an investor. 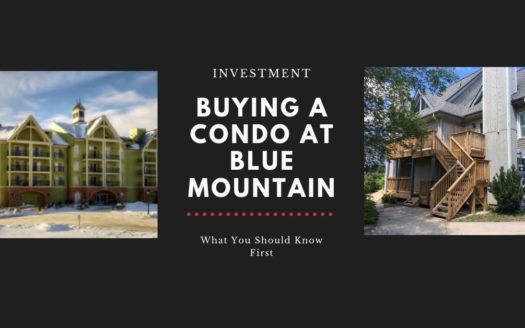 Aug 20, 2019
An overview of what you need to know before buying an investment property in Collingwood or Blue Mountain
Continue reading Aug 12, 2015
It’s been one year since the new Short Term Accommodations (STA) bylaw came into effect on July 2, 2014 in the Town of The Blue Mountains. Despite this passage of time, there continues to be confusion about this issue and it’s no wonder; the bylaw is ...
Continue reading