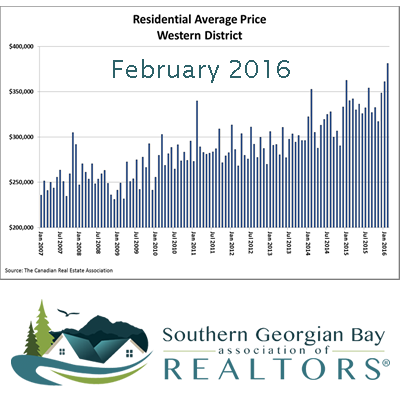 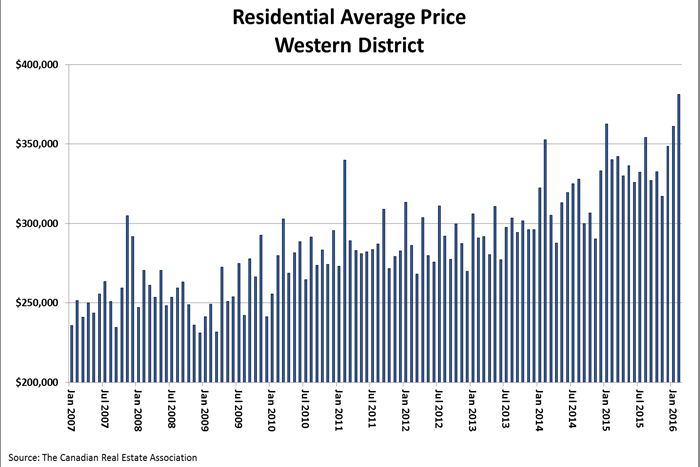 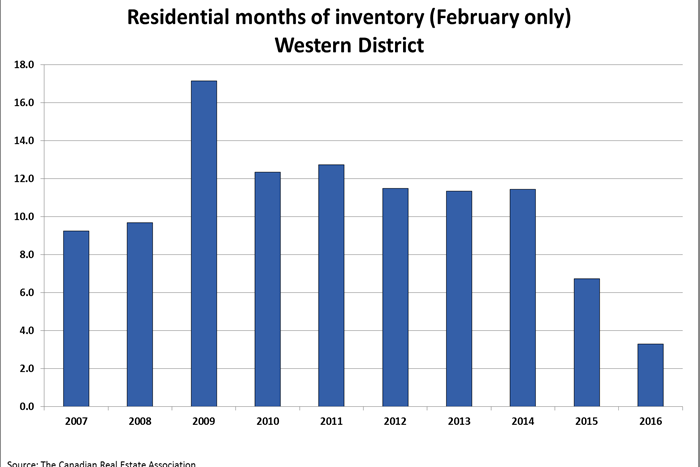 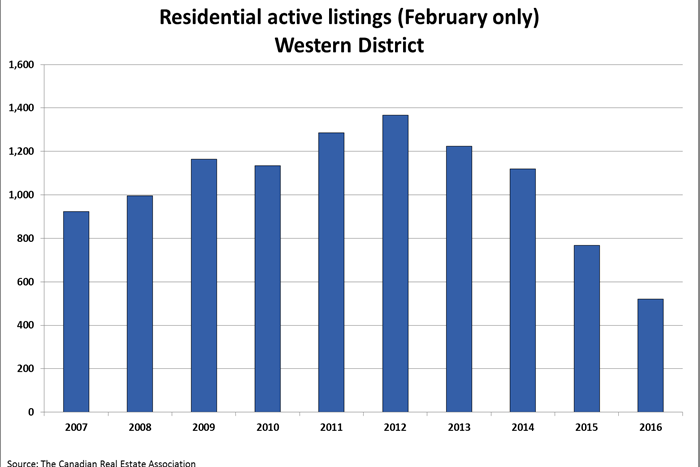 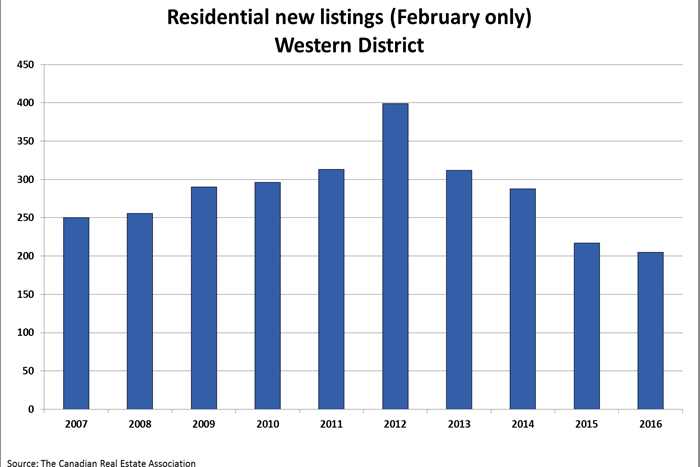 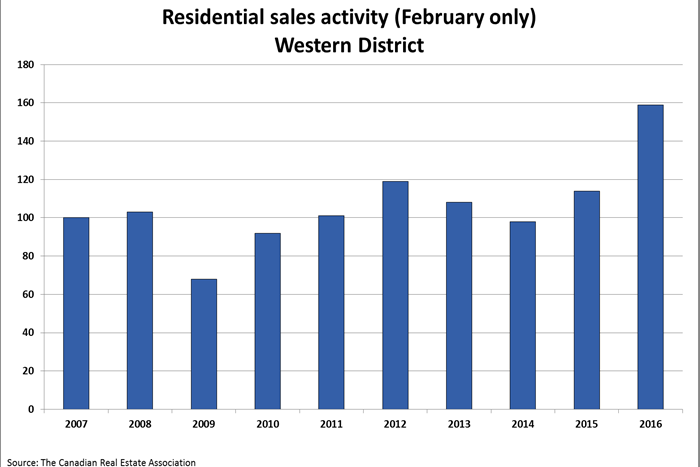 Residential sales recorded through the MLS® System of the Southern Georgian Bay Association of REALTORS® came in above year-ago levels in February 2016.

The Southern Georgian Bay Association of REALTORS® comprises two distinctive markets. Home sales in the Western Region which includes Wasaga Beach, Springwater, Clearview Township, Collingwood, The Blue Mountains, Municipality of Meaford and Grey Highlands were up 39.5 per cent on a year-over-year basis to 159 units in February 2016. This was the best February on record and the first to record more than 150 sales.

Home sales in the Eastern Region encompassing the Towns of Midland and Penetanguishene, and the Townships of Georgian Bay, Severn, Oro-Medonte, Tay and Tiny totaled 68 units in February. This was an increase of 70 per cent from February 2015 and marked the best February in more than a decade.

Year-to-date sales in the Western Region were up 21.4 per cent and recorded a gain of 59.5 per cent in the Eastern Region.

“At this point 2016 looks like it might be even stronger than 2015 for residential property sales in the region, provided new listings can keep up with demand,” said Kevin Woolham, President of the Southern Georgian Bay Association of REALTORS®. “The level of market tightness we’re seeing right now is almost unprecedented, so it’s hard to see how we’ll avoid another round of big price increases this year.”

The number of new residential listings in February 2016 was 312 units, down 2.8 per cent from a year earlier to the lowest level in more than a decade. The majority of the decline stems from a shortage of new supply in the Western Region.

Overall supply remains at the lowest levels in more than a decade. There were 837 active residential listings on the Association’s MLS® System at the end of February 2016, down 30.4 per cent from year-ago levels.

The value of all residential transactions in February was $77.5 million, rising 66.6 per cent from a year earlier. This was a record for the month and marked the first time that any February recorded more than $50 million. 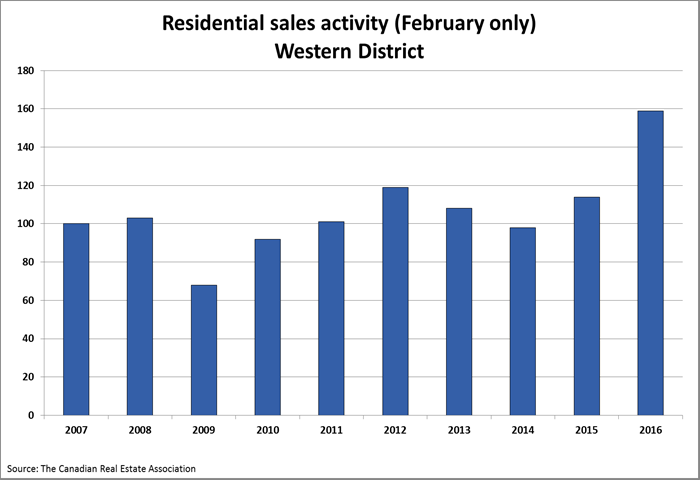 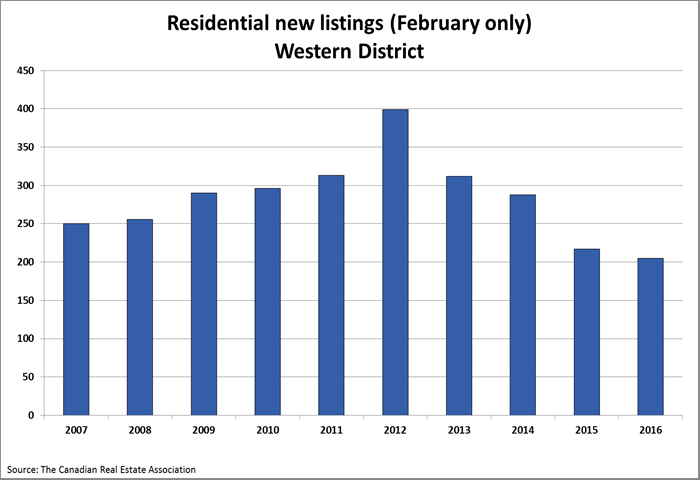 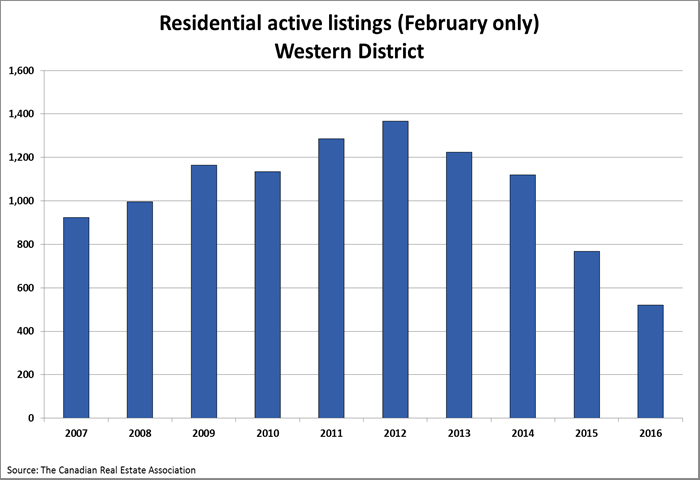 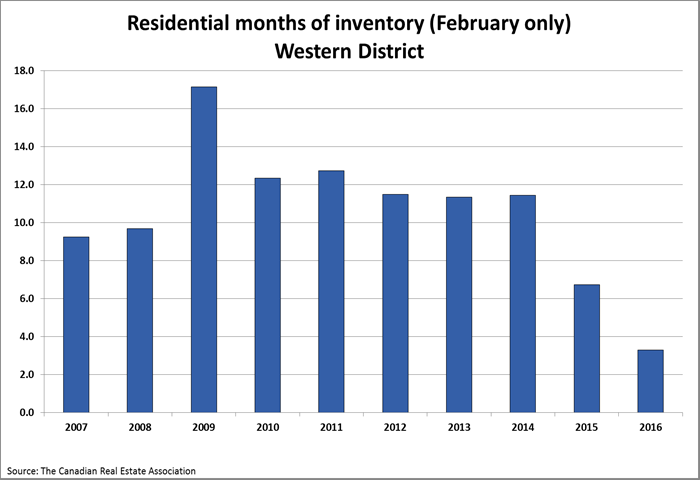 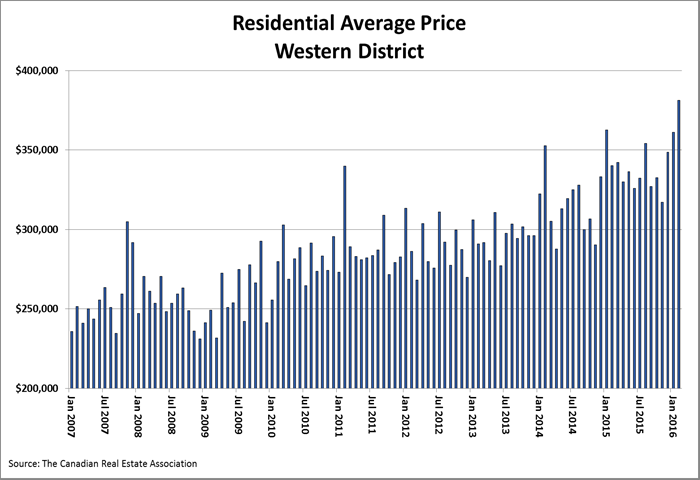