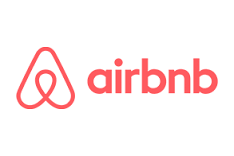 There are about 300 Airbnb units being advertised for rent in the Collingwood-Blue Mountain area.  What may surprise you is that most of these are an illegal use.  We’ll get to that in a moment but first some food for thought.

In this new age of the “sharing economy”, services such as Airbnb have gained traction very quickly. According to the company, there are currently about 15,000 active Airbnb hosts in Ontario, including 8,600 in Toronto.

An Airbnb report released in September 2016 highlighted positive factors about the company saying that everyday people are being helped to make ends meet, and that it is an affordable way to travel and live like a local. What they don’t talk about are the downsides.

Not surprisingly, the hotel industry has fought against the program on the basis that these units are in fact commercial units but they are not paying commercial tax rates in many cases.  In fact, how many owners are reporting their Airbnb income at all?  While hotels must meet certain standards such as cleanliness and safety, private homes are rarely subjected to the same scrutiny.

Many home owners who participate in the Airbnb program, are not aware that in most cases, their home owner insurance policy does not cover the rental usage and, there are also issues that can arise around liability.

A growing area of concern is about the practice of renting these short term units out in condominiums.  In many cases, condo rules prohibit occupation by third parties and for short term periods.  A landmark ruling in December regarding condos being used for short term rentals  is worth reading if you’ve been thinking of taking the chance.

Regulations Are Coming.  With all of this, municipalities in Ontario are starting to look at developing new regulations around the short term accommodation industry.

What You Can and Can’t Do In Southern Georgian Bay

So, let’s look at the local situation here in Southern Georgian Bay.  In a well publicized and heavily challenged decision, the Town of the Blue Mountains was one of the first municipalities to tackle the issue head on by developing regulations around short term rental accommodation.  This was driven by years of complaints from residential property owners who had issues with garbage, noise, parties and such.  The thinking is that these uses are not compatible in many cases with a predominantly residential neighbourhood.  As a result, the Blue Mountains now has a complex licensing program for short term rental accommodations and owners wishing to do an Airbnb type use, must first obtain a licence to do so.  Details can be found here.

In Collingwood, the only short term accommodation allowed in a residential zone is a Bed & Breakfast.  The B & B definition is in the Collingwood Zoning By-law and its provisions are found in General Provision 4.25 found on page 4-6 of this document.  Note that it generally requires that the owner live in the property and that food can be served.  When we asked the town how this is enforced, the reply is that it is complaint driven.  The Town will then first seek voluntary compliance by the owner to cease the use failing which they turn to prosecution.

In Wasaga Beach, the Zoning By-law only permits short-term accommodation (rental for less than 30 days) in Tourist Commercial (CT) and Tourist Accommodation (CA) Zones. Short-term rentals are not permitted in Residential Zones. These accommodations must be licensed under the Town’s Business Licensing By-law, which is managed by the Town’s Municipal Law Enforcement Department. The rules are similar to Collingwood and fall under the Bed and Breakfast category which can be found here starting on page 124.

In Clearview Township, short term rentals are also considered to be a Bed and Breakfast  which are permitted in the Agricultural and Rural Zones only.  Other zones require a zoning by-law amendment.  The Zoning By-law requires that the dwelling shall be occupied by the owner or tenant when guest rooms are available to the travelling public.  So if the Airbnb does meet these and the other standard requirements of the zoning by-law then it is not legally operating.

While we have not had any response to our formal queries from the Town of Meaford, I do know they are far less stringent on this topic and generally, it would appear from their Zoning By-law, that an Airbnb type use would be permitted with certain criteria being met as shown in the bylaw found here and starting on page 62.

If you are purchasing a property or own one in our region and are assuming you can run an Airbnb, you are going to be in for a surprise.  You’ll need to comply with the zoning requirements of the municipality and in most cases, your use is not easily permitted. It’s important to consult with the municipality before proceeding.

23 thoughts on “Airbnb Rules in Collingwood, Blue Mountain and area” Operating an Airbnb in Collingwood

Jul 31, 2019
Confused about Airbnb rules in Collingwood? You are not alone. This post explains.
Continue reading 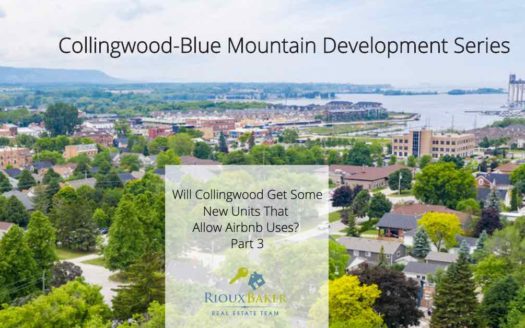 Part 3: Will Collingwood Get Some New Units That Allow Airbnb Uses?

Feb 18, 2019
In this post, we look at a development proposal in Collingwood that would allow short term rentals.
Continue reading