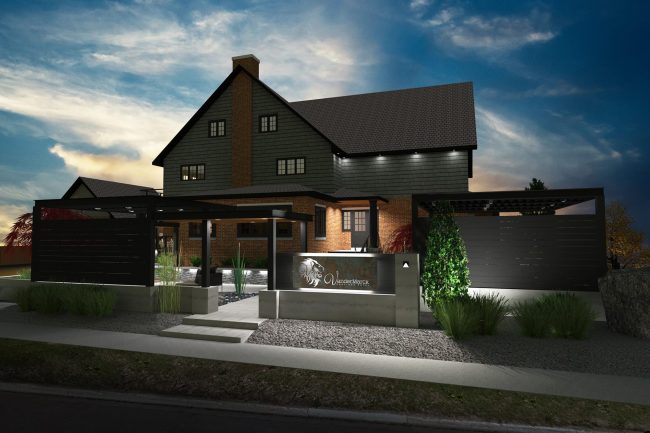 I’ve really been struggling to write this blog post for you.  On one hand, it’s important to share  what’s happening around Collingwood but on the other, I am not always 100% excited about everything new.  First a disclosure:  I’m a heritage enthusiast and truly believe that our built heritage is worth preserving. Our charming old buildings and the stories they tell about our evolution as a community also define who we are today. It saddens me greatly when I see people turning their back on history in the name of “progress.”  I’m also a realist and try to find the balance between the two.

You may recall the Beild House on the corner of Pine and Third Streets in Collingwood’s downtown, Heritage Conservation District.  It was a well established, 12 room Inn from 1989 until it closed in 2015 and subsequently sold.  It is now being renovated into an 8 unit, boutique hotel to be called The VanderMarck with opening slated for sometime this spring.

I’ve been watching the renovation with some interest because of the significance of this building which I fear will be, or has to a degree, already been lost.  Let me explain.

The house was designed by Eden Smith who was the first in Canada to work with the arts and crafts style and history has shown him to be one of the important and influential architects of his time.  He was born in England and came to Canada in 1888 where he started his architectural practice 4 years later. He was prolific in his work and designed such iconic buildings as the preparatory school of Upper Canada College, the Forest Hill Thornton Hall Private School and other buildings that today are on the grounds of the University of Toronto.  He built three Carnegie libraries for the Toronto Public Library, remarkably, an early low-income housing project near Withrow Park in Riverdale and is also credited with the Studio Building (Toronto), which was the non-profit home/studio of many of the Group of Seven (artists).  His style is immediately recognizable with structures being in the “English Cottage” style with use of brick, stucco, Tudor beams and cedar shingles. 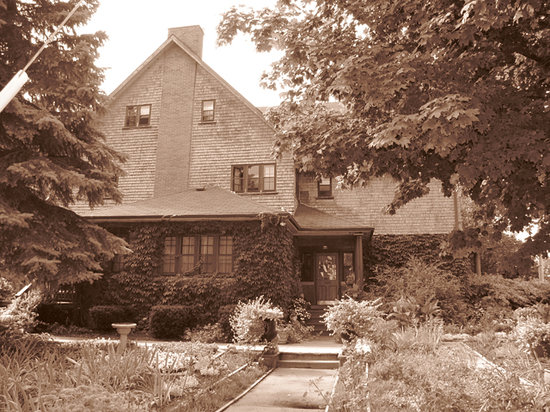 What is remarkable about the Beild House is that it is one of the only examples of Eden Smith’s work outside of Toronto giving it significant heritage value. The unique leaded, casement windows, the front porch design, the landscaping – they were all part of the concept Eden Smith espoused that homes needed to be built from the inside out with careful consideration of siting, geography and climate.  Every element had purpose and reason.

The house is also part of the town’s history. It was built over three years from 1909-1912 for Dr. Joseph Arthur where he resided with his family and maintained his medical practice until well into his 80’s. He was also Collingwood’s Mayor in 1919 and again from 1923-1929. During the depression, the house was known as a refuge for transient people who could find assistance with clothing and a hot meal when in need. He named it Beild – the Scottish word for shelter and it retained that name from the laying of the first brick through to 2015.

The new owners clearly have a different vision for the building. 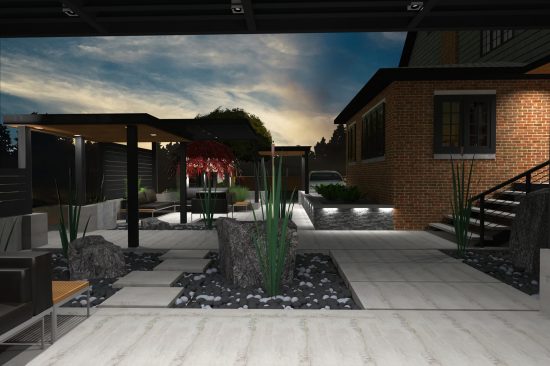 The town heritage committee, whose mandate is to preserve and protect our built heritage, made several recommendations about preserving the exterior architectural features of the building including the leaded casement windows and more.  Some of the controversies are described in this news article.   Despite that, the old windows are gone, the porch is gone, the landscaping is gone and sadly, the name is gone.  I don’t know the politics of enforcement or where the town stands on this but what is gone is gone.

There is no doubt that the building required substantial renovation/updating and that the new owners have invested considerable time and money in their renovation. There is also no doubt that it could have been done equally well, but at a higher cost, with respect given to the heritage of the building.  Regardless, I’m sure the new hotel will prove to be a popular success with guests who have no attachment to the history of this special property.